Last week, Prague hosted the Living Planet Symposium, a conference focused on Earth observation and held by ESA every three years. I’ve had the opportunity to attend it, if only for barely more than one full day. Even in so little time, I saw many interesting talks, mainly in the sessions related to the GOCE, Swarm and SMOS missions. Let me first shortly introduce these.

GOCE was the first launched Earth Explorer mission. The abbreviation stands for Gravity field and steady-state Ocean Circulation Explorer. With its sensitive accelerometers, it provided data for modeling a more precise geoid of the Earth.

A small digression: A geoid is a so-called equipotential surface, a surface with a constant value of the acting forces, which means that if you covered the whole planet with water, it would copy the shape of the geoid. Topography are the differences from the geoid, which is why “shape” and “topography” are not synonyms. For most other planetary bodies or moons, we don’t really have topography because we don’t have precise enough or any geoids (or europoids, ganymedoids… you get the picture).

Providing a better geoid is useful for many disciplines ranging from geophysics of the crust and mantle boundary to monitoring the impacts of earthquakes or glacier loss. You may have also noticed the “ocean circulation” in the satellite’s name. Its gravimetry data, combined with measurements from altimetry (measuring height), can paint a much better picture of ocean currents.

Although the GOCE mission ended in late 2013, its duration was almost three times as long than predicted, and the data are still being analyzed in many studies. The talks I saw were concerned mainly with better analysis techniques of the obtained data (also comparison with data from other missions) in order to gain the best possible geoid model, discern oceanic currents in the data but discard the noise. René Forsberg had a great talk about filling the gaps in GOCE data in polar regions by terrestrial measurements (the satellite’s orbit did not cross the poles). Measuring the gravity field around the poles is not easy because of the challenges presented by the environment, especially aroud the South pole. The PolarGap project aims to provide the data despite the harshness of the environment.

Listening to the logistics of the project was as interesting as the scientific side; after all, how often do scientists, pilots and enginners from all over the world fly to Chile, each still in their own time zone, board a plane to a field camp in Antarctica where Russian aircraft will subsequently drop fuel for the polar flyoevers on parachutes? Weather controls everything: supply and fuel delivery, schedule of the hard-won flyover surveys… Be sure to check out a blogpost by one member of the expedition, Tom Jordan, here. There are also three more posts from an earlier date by him.

The aircraft radar and lidar data, combined with reference terrestrial measurements, not only helped fill the polar gap but also provided more information about the large active subglacial lake system of Recovery Ice Stream. The PolarGap data should be made public in about a year if I remember it correctly from the talk. A new, more accurate Antarctic grid should stem from them; additionally, a new Arctic grid should become available in a few months.

If you wanted to work with the GOCE data, you can access it through here.

Swarm consists of three satellites used to measure the Earth’s magnetic field. They launched in late 2013, about the time GOCE plunged into the atmosphere after its prolonged successful mission. Earth’s magnetic field is constantly fluctuating and monitoring these changes can help us understand it in more detail. Over the last two centuries, its strength has been weakening and the magnetic poles’ positions shift at an increasing rate. Whether it’s a sign of an approaching magnetic pole reversal remains unclear.

Zdeněk Martinec talked about constraining the tidal ocean flows by Swarm measurements. Oceans contribute to the whole magnetic field signature as well, albeit not strongly. Nevertheless, salty water is an electrical conductor and Earth’s ocean forms a weak but complex induced magnetic field. It has both poloidal and toroidal components, it’s distorted by coastal effects and apparently there are some interesting residuals in the near-polar regions in the Swarm data. Hopefully we’ll see more soon.

Robert H. Tyler presented research about ocean conductivity and flow based on the Swarm data. Tyler also had a very interesting lecture later that day at the Department of Geophysics, where he talked about his work on heating by ocean tides in icy satellites; the discussion later revolved especially about Enceladus, which remains the most enigmatic due to its high activity, large heat flux and very small size. My colleague Tomas wrote about his lecture for Osel.cz (in Czech), my article should appear sometime next week on Nedd.cz (also in Czech, sorry).

I’ve briefly mentioned the oceanography-related talks, but the mission can of course also detect magnetic signals from the crust, mantle, ionosphere and magnetosphere (modulated by solar activity), also contributing to the basic core magnetic field. With Swarm, we can learn more about the Earth’s inner structure, core dynamics, oceanography and other topics. The data also complement those from GOCE nicely, revealing more of the mantle properties.

The Swarm data can be accessed through this portal.

SMOS (in full name Soil Moisture and Ocean Salinity) can help us map the water cycle in great accuracy thanks to the observations of soil moisture and oceanic evaporation. It can help us predict droughts before they demonstrate fully, assess wildfire risks and prepare better weather and climate forecasts. The satellite was launched in late 2009 and uses microwave radiometry for detecting the moisture and salinity levels. The mission has surpassed its expected operational time of three years and is still working. The talks I’ve seen started with a summary about the mission (which would have been better had the presentation font not been so small and the presenter’s voice not so quiet in such a big hall) and its future uses like severe wind tracking or freeze/thaw cycle mapping, and then moved to contributions to forest biomass and soil moisture relationship (they have a strong positive correlation), drought monitoring, research on Rossby waves in the Indian ocean and monitoring the El Niño phenomenon. The current one is diminishing, giving way to the flip to the other side of the Southern Oscillation extremes: La Niña.

…and that’s still barely scratching the surface of what ESA is doing in Earth observation. All three of the satellites I mentioned are a part of the ESA Living Planet Programme, also including CryoSat, planned missions such as Aeolus, EarthCARE, BIOMASS or FLEX (all of the Earth Explorer class), and further Earth Watch class of missions. I was glad of the opportunity to learn more about the programme on the Living Planet Symposium, although I could attend only a part of it. Paradoxically, Earth observation has largely fallen outside my radar so far, as my work and hobbies usually draw me to either direct interaction with life on Earth, or robotic observations of other celestial bodies. Also, the Living Planet programme doesn’t include all ESA Earth observing missions – there are many more than that, most importantly in the Copernicus programme.

If you’re interested in a brief overview of NASA activities in Earth observation, head to this recent Planetary Society blogpost by Anna Scott.

Finally, a part of the LPS programme is available on video.

On a completely different note, there have been several interesting papers in many aspects relevant for astrobiology lately. I’ve found time to briefly write about at least some of them for Czech media, but since I don’t have time to translate it into English, I’ll at least include some references to check out:

These are just my recent picks; there is a whole sea of interesting papers out there.

Lastly, back to the Living Planet programme, some pretty pictures to appease the eye… 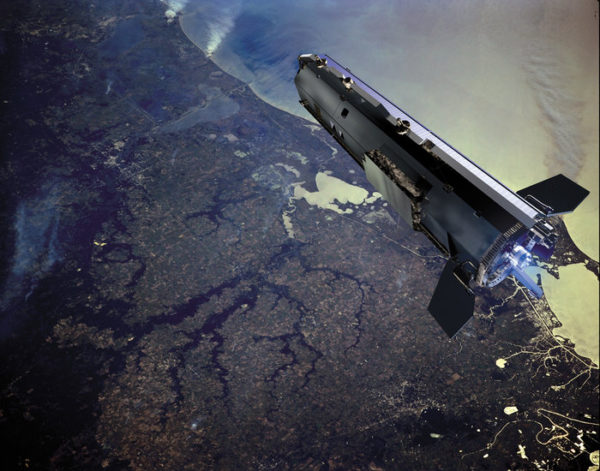 Artist’s impression of GOCE. Note the unusual fin-featuring design. It was needed because of its very low orbit to deal with atmospheric influence. Credit: AOES Medialab. 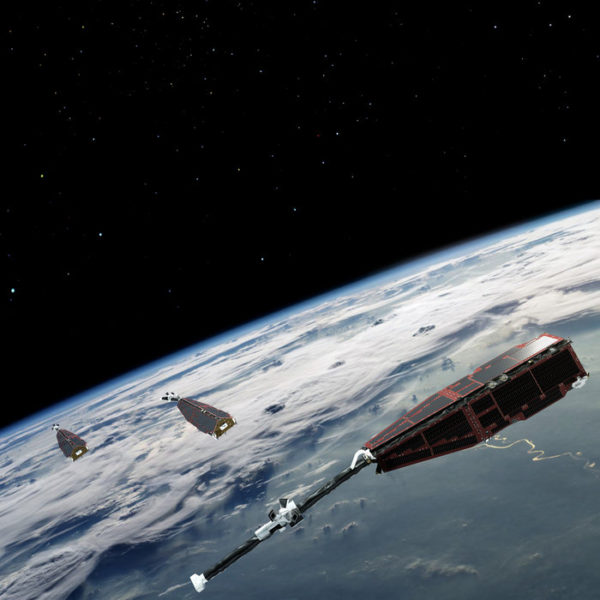 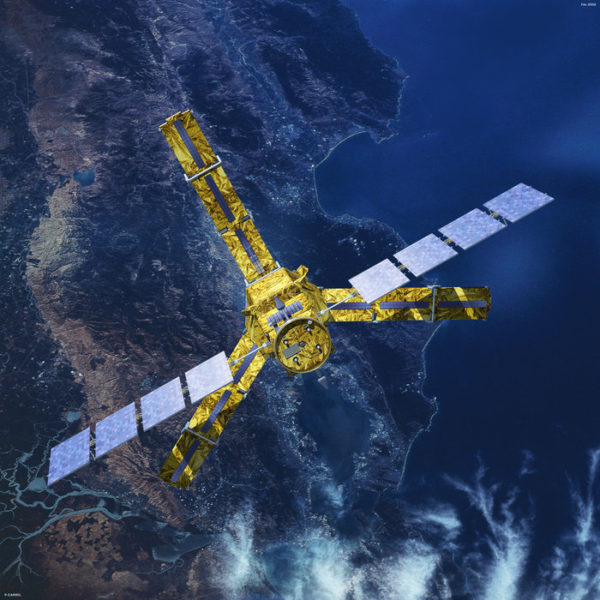