The April issue of Czech SF magazine XB-1 was published today, including a new flash story of mine and my interview with Ken Liu (from which I’ll post a snippet here some time later). In other news, the Czech urban SF anthology Zpěv kovových velryb (The Song of Metal Whales) by editor Vlado Ríša is out and had a book launch on Saturday during StarCon convention in Prague. The convention was great though I only had time to arrive just before my afternoon lecture on exoplanets and the following discussion with authors plus the anthology launch.

There’s a new work in English too, nonfiction in this case; I’ve got an article about subsurface oceans in the new issue of Clarkesworld (for resources on the topic, see previous blogpost). It’s been a good week; let’s hope for others like this one to follow. 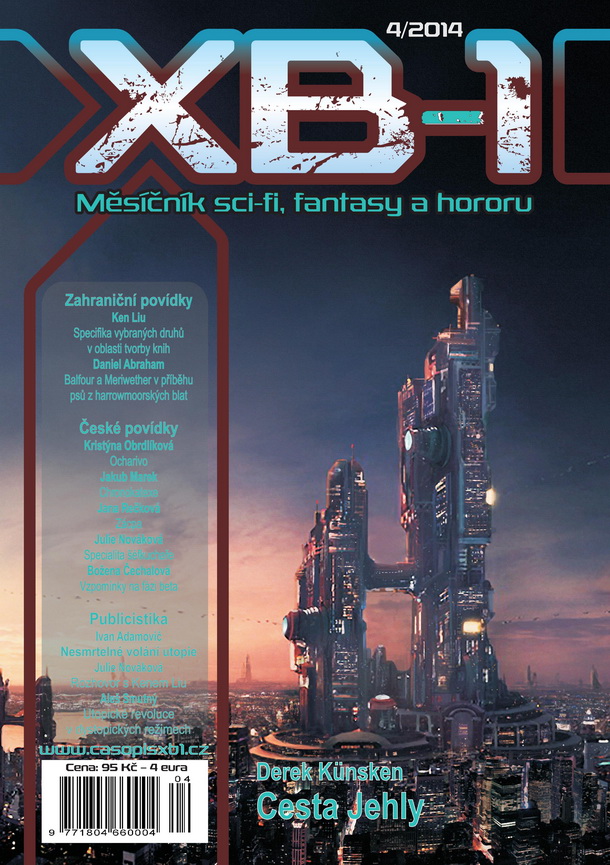