In addition to yesterday’s big news, I have some other ones today. Czech translations of my stories The Brass City and Catching A Ride, both of which have been published in English, appear in the upcoming issue of XB-1, along with my translation of Jason Sanford’s brand new column.

It’s also a special 50th issue since the transition of Ikarie into XB-1 (therefore the retro cover) and the readers can look forward especially to the foreign fiction section, which contains all the Hugo-winning short works from last year: Equoid (divided into two issues), The Lady Astronaut of Mars, and The Water That Falls on You from Nowhere.

Another big anniversary is coming up in April – there’s going to be the 250th issue of the whole magazine’s history (Ikarie and XB-1 together)! 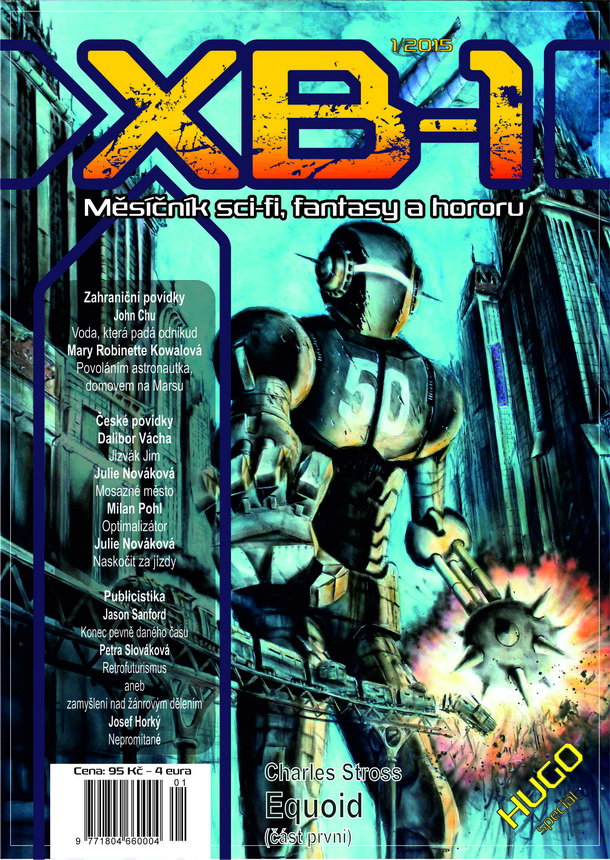