The cover for a new Czech urban SF anthology “Zpěv kovových velryb” (“The Song of Metal Whales”) has been released a couple of days ago. The anthology itself is going to be available in March and I’m really looking forward to the stories by Jaroslav Mostecký, Františka Vrbenská, Anna Šochová, Lucie Lukačovičová, Jan Kotouč, Hanina Veselá, Jana Rečková and Vlado Ríša (who also edited the anthology). I’ve got a piece in there too, a short story titled “Šeré město” (“The Dim City”) set on a colonized planet orbiting a brown dwarf. I’ve actually started writing the story in English, intending to translate it later, but got stuck for a little while, the deadline was growing near, so I finished it in Czech. If the reviews are good, I might some day attempt to translate the other half into English; however, I don’t like translating this way – too many artifacts in the resulting text. Writing directly in English is uncomparably easier than translating either way, especially from Czech into English. 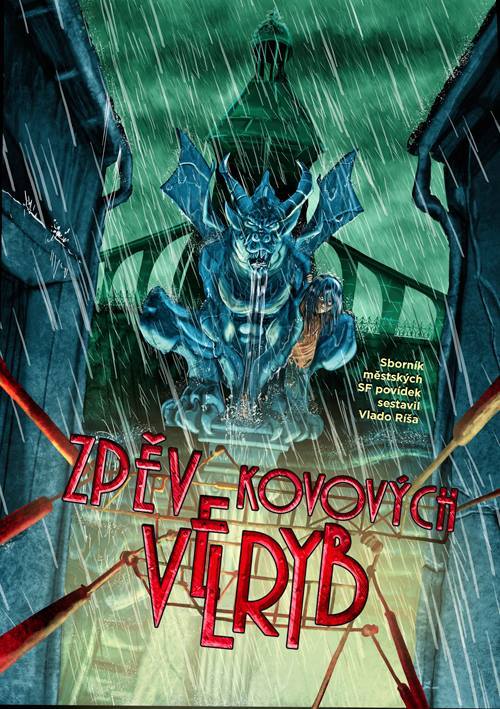